This month I have a pleasure of performing a violin part in the musical ‘Candide’, composed by Leonard Bernstein, orchestrated by John Caird. ‘Candide’ is produced by Hayward’s Douglas Morrisson Theatre and it’s an absolute delight to be a part of it. The show is directed by Michael Mohammed and David Moschler prepared the singers and conducts the show.  Here is an excerpt from the show’s page:

‘An opportunity to see this glorious musical fully staged with a cast of 21 and a dynamic live orchestra. A rollicking musical satire, Candide is based on the 1759 novel by Voltaire, Candide, or Optimism, and features Leonard Bernstein’s unforgettable score and lyrics by Richard Wilbur with additional lyrics by Stephen Sondheim, John La Touche, Lillian Hellman, Dorothy Parker and Leonard Bernstein.’

The full article can be found here:

The show will close on November 30th. 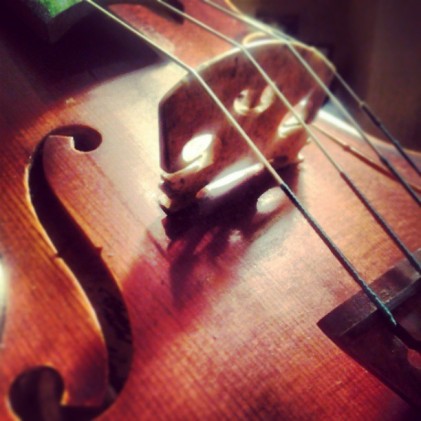 I would to invite you to 2 awesome events happening within next couple of days.
On Sunday 10/27 at 8.00 I will be performing with a contemporary ensemble Klangfarbenatrix (Robert Lopez filling in for Tim Black – percussion, Nick Kanozik – piano, Josh Marshall – saxophones) at Berkeley Arts Festival (2133 University Avenue, Berkeley). The concert starts at 8.00, we hit at 9.00! It’s going to be super fun, Nick will manipulate boxes with tiny drawers to make us play stuff, you will also hear some free improv!!
On November 6th I will be playing with awesome George Cole and his Gypsy Jazz group, at 6.30, at PIQ Bakery (Downtown Berkeley). You can check his project out here: http://georgecole.net/ I am very excited to be a part of it, channeling my inner Stephane Grappelli 😉 Super slick music.
Finally I would like to share with you a video made by Clifford Brown III, set to music also produced by him. I had a great pleasure to play violin on this project. Clifford processed my sound, achieving some crazy guitar like effects. Also, you can see me in the video 🙂 I hope you enjoy it!! 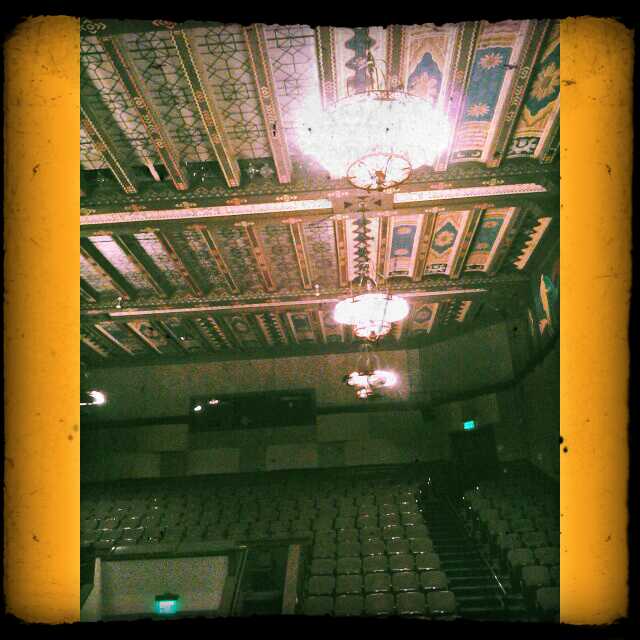 Since I moved to Bay Area almost 3 months ago, I’ve been trying to scope out the musical scene in and around San Francisco.
One of the happy occurrences was definitely meeting Nick Kanozik, pianist and composer affiliated with Mills College. With him and percussionist Timothy Black and saxophone player Josh Marshall we did 2 sessions of free improvisation and visual score reading at the Mills College’s beautiful Jeannik Méquet Littlefield Concert Hall Nick posted some of this on YouTube, Check it out!

It’s been a while since I posted something, what can I say, life happens…
I did a bunch of cool performances with Elevator Rose and we have an upcoming concert in Queens College!
After a great gig in The Stone we played at Suburbia in Bushwick and again at JACK in Clinton Hill.

On both occasions we performed Terry Riley’s A Rainbow in Curved Air and Vasu Panicker’s Fix. We shared the bill with some great and super creative NY contemporary groups – Quiet City, thingNY, Anti-Social Music, New Thread Quartet and Iktus Percussion. You can read more about that event here: http://www.bachtrack.com/review-jack-ny-composers-now-festival

At JACK, photo by Jeff Young

Check out live recording of our gig in JACK:  Elevator Rose at JACK

And on Tuesday, March 19th, we will be performing at Queens College. We will be playing pieces composed for us by QC composers –  Michael Lofaso, Hansol Choi, Jonathan Caro and, last but not least,  Howard Kenty, whose piece, amazing In the Darkness accompanied by a video projection, we have performed at The Stone and The Flea Theater last year. We will also perform Vasu Panicker’s Fix.

Concert starts at 8.00 in Samuel J. and Ethel LeFrak Concert Hall of Aaron Copland School of Music in Flushing. Admission is free .

Hope to see you there!

Concert in The Stone! 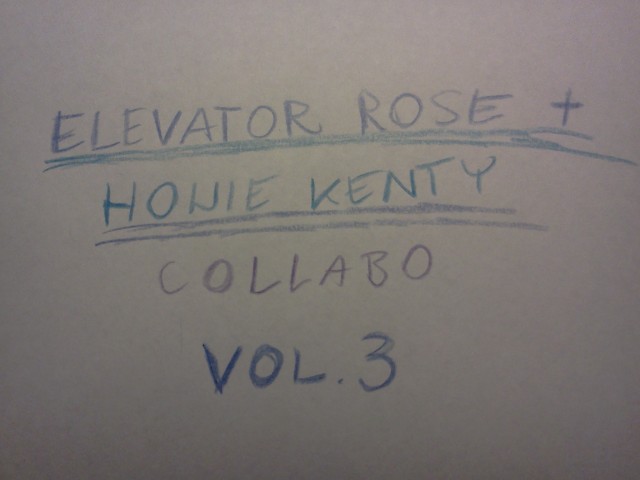 Hey Everyone,
After a great time in JACK on December 5th, Elevator Rose is striking again – on December 28th we will be performing in The Stone, run by legendary John Zorn. We teamed up with amazing young composer Howie Kenty to perform his compositions – In the Darkness and Tricycle. Both compositions are of rather gloomy quality, perfect for a long and cold December night! In the Darkness accompanies (or is accompanied by) a video projection, bearing strong resemblance to the style of Un Chien Andalou, Surrealist masterpiece by Buñuel and Dali. This will be the second live performance of this amazing piece, after Elevator Rose premiered it at Music with a View Festival in May 2012.
You also don’t want to miss Tricycle – strongly influenced by rock music, with pulsating percussion and guitar riffs. My violin sound will be also processed in order to reach new dreamy realms where classical meets experimental.

Our concert in The Stone will also mark the 3rd time Elevator Rose is performing Howie’s music, which probably means that we are meant to be together.

Our set will be opened by violinist Adrianna Mateo performing solo compositions by Howie.
The concert starts at 10.00 pm, admission is $10. The Stone’s website: http://thestonenyc.com/index.html

Looking forward to seeing you there!

My group, Elevator Rose, will be performing twice this month!

I’m going to focus on the first event in this post – it’s happening this Saturday, 12/8 at 8 pm! Elevator Rose is playing in JACK – an art center in Clinton Hill, Brooklyn. We will be performing Workers Union (1975) by a Dutch composer Louis Andriessen. Andriessen is known as one of the classics of contemporary music, one of the greats of post-war avant-garde movement. And his Workers Union is a really interesting piece, since there is no determined pitch but all the performers (open instrumentation) play the same rhythm. The result is rather disturbing (in a good way). In the words of the composer:

‘Workers Union was originally written for the orchestra De Volharding (Perseverance), in which I myself figured as a pianist at that time.

This piece is a combination of individual freedom and severe discipline: its rhythm is exactly fixed; the pitch, on the other hand, is indicated only approximately, on a single-lined stave.
It is difficult to play in an ensemble and to remain in step, sort of thing like organizing and carrying on political action.’

As you probably already noticed, there is a very definite political underpinning to it. In the turbulent 1960’s, his formative years, it was very difficult to stay away from politics. And Andriessen has been always on the left side of the spectrum. Which comes as no surprise  – avant-garde is an exact opposite of conservatism, both in music and life.

Elevator Rose will be performing along with other groups – Bassoon, Sarcaustic, Blipvert. The concert is curated by Ron Anderson. Check for details here:

If you are interested in hearing a NY band perform a piece of a leftist composer from Holland, this is your jam!!!

This Friday, October the 5th, at 7.30, I will have a pleasure of performing with Emy Todoroki-Schwartz in a beautiful concert hall of Saint Cecilia Music School in the Bronx! The school is at 138th street, close to the 6 train station (first stop in the Bronx).

We will play some old stuff and some new one: Sarasate, Beethoven, Ravel, Bartok and a new piece by Daniel Barkley, my twitter buddy from Ireland (@DanielBarkley), Tango! This one I’m particularly excited about, I think it’ll fit perfectly in the program.

The concert hall has been recently renovated and, in my humble opinion, is among the prettiest mid-sized performance spaces in NY. It’s a part of an old convent building, right by the gorgeous Saint Jerome Church.

Admission is free and I hope to see you there! xoxo

Hey everyone,
So this Sunday, September 23rd, my group will have a pleasure of performing at Cage Hop concert! Cage Hop is a festival dedicated to John Cage, and so, we will be playing his Credo in Us. The concert will be held at South Oxford Space, 138 S Oxford St, Brooklyn. It starts at 7.00pm. I hope to see some of you there!
What’s particularly exciting for me is that I won’t be playing violin – I will be operating a radio and record player!. As you probably know, Credo in Us score does not include violin, but I think it’s really great that I still will PERFORM – communicate with an audience – only using completely different means. It’s kind of refreshing and helps realize an important question – what does it really mean to be a performer, entertainer, how much of an impact can I have by simply pressing a button of a household device? 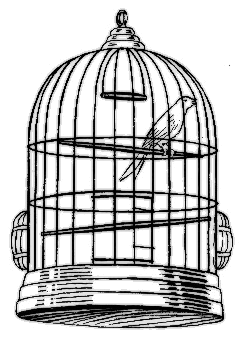 I think it’s yet another proof of John Cage’s genius that his piece provokes such questions. It’s hard not to see a parallel with Marcel Duchamp’s readymades, like his Fountain from 1917. Where is a boundary between art and life, does a simple decision of an artist elevate a ‘thing’ to the level of art?
The number of layers is even bigger in Cage’s piece – not only are radio and record player everyday objects, not recognized as musical instruments – they transmit someone else’s music – someone else’s art. Is Cage sampling other people’s music like hip-hop MC’s do? Does Beethoven’s Symphony have an entirely new quality simply because it’s juxtaposed with sounds of percussion, prepared piano and alarm clock? Or maybe it’s still the same piece of music, standing independently from the environment?
Having to answer those questions seems exciting enough but I simply am looking forward to being on the stage in a completely new role.

I would like to introduce to you a contemporary music ensemble whose member I am: Elevator Rose (or E Rose). Currently there are 4 of us: Vasudevan Panicker (piano), Joseph Fee (percussion/ guitar), Frederick Trumpy (percussion) and my humble self on the violin. We’ve been playing together for a couple of years now, commissioning a lot of new music. We collaborate with different composers, mostly from New York City (Howie Kenty, Sunny Knable, Daniel Liot Fine) .We also play some good Oldies songs, like stuff by Andriessen and Cage. And the last but least – the group members do compose sometimes too…

We strive to give representation to whatever the zeitgeist is – reflecting social unrest; experimenting with the interplay between cinema and music; examining this sometimes fine line between indie rock and classical alternative; meditating through music…

We do have some upcoming events: on September 10th we will participate in Cage festival, performing his famous Credo in Us.

On November 5th we will be performing a more political show, sharing the bill with some of NY most outrageous revolutionaries…

Keep coming back for more details!!!!

For now, hope you will enjoy our performance at this year’s Music with a View festival. We played an amazing composition by Howie Kenty, In the Darkness!  xo

I have to say, I’m into Gypsy music. Violin has always been an extremely important instrument for Romani people, instrument that became perfect for improvising. Violin has this uncanny ability of mimicking human voice, its melody, therefor Gypsy improvisations sound so often like a lamenting human voice, like someone telling us a very personal story.

And, obviously, I’m not the only one fascinated with Gypsy art of playing violin. It inspired many composers to write violin pieces which would capture the soulful style of Gypsy players.

I had a pleasure of interpreting those compositions and would like to share with you my take on this subject.

First one is Tzigane (a Gypsy) by Maurice Ravel:

Next one is Gypsy Airs by Pablo Sarasate: